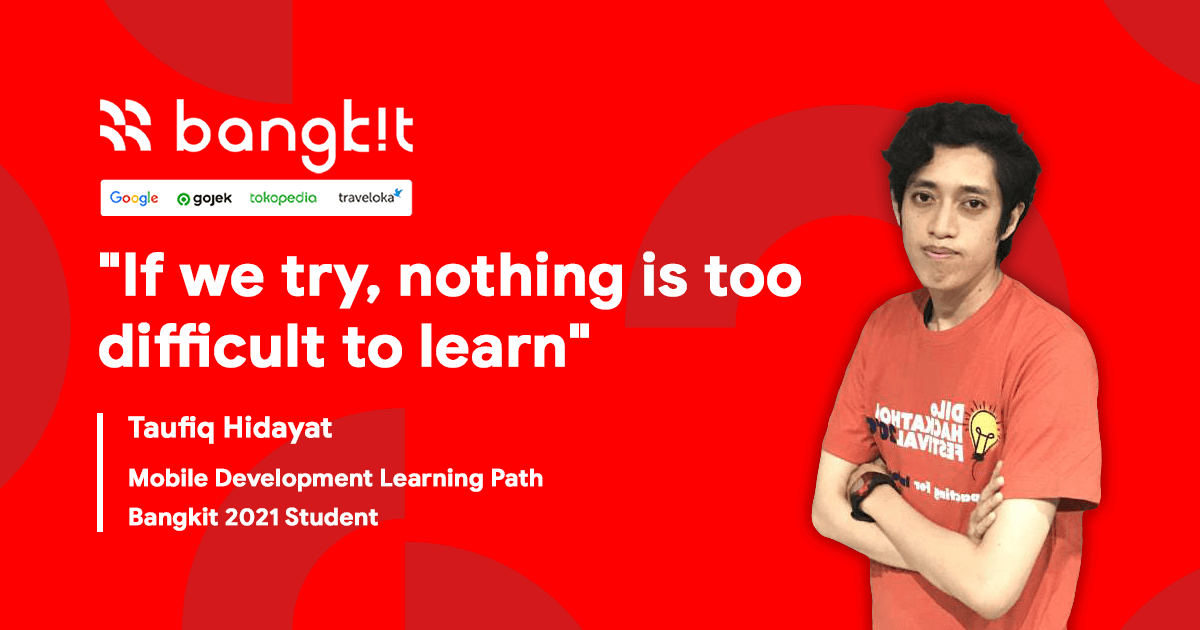 The Spirit of Bangkit 2021: Never Give Up

The Spirit of Bangkit 2021: Never Give Up

“Perseverance is the key to success.”

We often hear that sentence. Figures such as Steve Jobs, and Angela Duckworth often resonate with the idea. Perseverance refers to a person’s quality of continuing with something even though it is difficult. Or, put it into Malcolm Gladwell’s words: .

”..work hard for twenty-two minutes to make sense of something that most people would give up on after thirty seconds.” (Gladwell, Outlier)

The above seems so relatable to various challenges we face each day. We can always opt to quit or run away from difficulties since it is easier to do so. But instead, we never give up. We keep on trying to pursue our goals, no matter how hard.

Also in Bangkit, with more challenging assignments and Capstone Project, we hope that your never-give-up spirit is put into practice. Be prepared for a more exciting ride through June 2021 (end of Bangkit), and beyond.

To shed a light on how perseverance might look like in Bangkit, here’s a story of M. Taufiq Hidayat, student from Mobile Development learning path from STMIK Handayani Makassar.

For the past 2 (two) years Taufiq had been trying to complete the “Belajar Fundamental Aplikasi Android” class in Dicoding to no avail. “Always a dropped out student,” he recalled.  It was “far too difficult.”

He referred to “trauma of failure” that once bogged him down. It prevented him from finishing the Class that  he had started. According to him, initially it felt overly difficult to grasp “killer materials” such as Livedata,viewModel, MVVM Design Pattern and Retrofit, among others.

Things get a little more personal or “baper” as he watched his friends, one by one, graduating from this  Medium-level Android class with flying colors. “What about me??” regretted him once.

Hope emerges upon his successful application to Bangkit. Bangkit is a career readiness program led by Google and supported by Gojek, Tokopedia, and Traveloka (founding partners from industry), as well as Deeptech (partner from non-profit organization). Falls under Kampus Merdeka initiative, Bangkit is fully supported by Dirjen Pendidikan Tinggi – Kementerian Pendidikan, Kebudayaan, Riset, dan Teknologi RI (DG of Higher Education – Ministry of Education, Culture, Research, and Technology). Joining Bangkit allows Taufiq and 3,000 other highly-selective students to get study credits (SKS) and, most importantly, acquire skills needed to be professional on leading tech companies.

Taufiq was challenged to overcome his fear as Bangkit provides the second chance for him to take the class. The path is as a mandatory step. Once students finish this class, they will be more prepared to undertake Associate Android Developer Certification.

How did he take his shot this time ?

First, reflecting on his experience, he realizes his major drawback: not being open minded. Oftentimes, sitting in his comfort zone,  Taufiq subconsciously resists learning new ideas and approaches that could have actually made life easier for him as a software engineer. For example, he was stuck in asyntax, that, quoting his words “far too complicated,” yet he has no guts to learn something new. When looking at new tools offered, he didn’t like the ambiguity or sense of unfamiliarity about the subject.

Therefore, in Bangkit,  Taufiq has pledged to embrace a set of new learning habits. Now Taufiq is more open to try new problem-solving ideas. Stacks that he once detested, were not too difficult overall, he confessed. His trauma of failure has fueled him to prove to himself even more. Now he studies harder than ever.

After 2 years of trying, last March he finally made it. Taufq has now obtained the competency certificate from Dicoding, thanks to Bangkit!

“Feeling proud that I can grow my skill in Bangkit. A 1 % increase (of skill) each day is enough as long as we never give up.” (Taufiq)

Now Taufiq is in his 8th semester. He intentionally delays his graduation so that he can still join Bangkit. By doing so, he hopes to prepare more viable career options in Jakarta. “Before completing university, Bangkit is my last shot to shine out. This is my investment for the future,” he continued with his solid remark.

After sharing his story in LinkedIn and Discord, he started to receive DMs from other students, asking for guidance. So far, he’s happy to help and share what he knows. Indeed, outside Bangkit, sometimes he’s asked to present Kotlin materials for fellow university students. Even though he realizes that his knowledge is still limited, he’s happy to get students’ feedback and support.

Next, he has a target in mind: becoming a certified Associate Android Developer. Not an easy one, he realizes. It must have been a challenging global-standard examination. No matter how hard, he believes that such a struggle to achieve will pay off someday. A wealth of career opportunity awaits.

Are you curious to read other student’s stories and news? Please check: 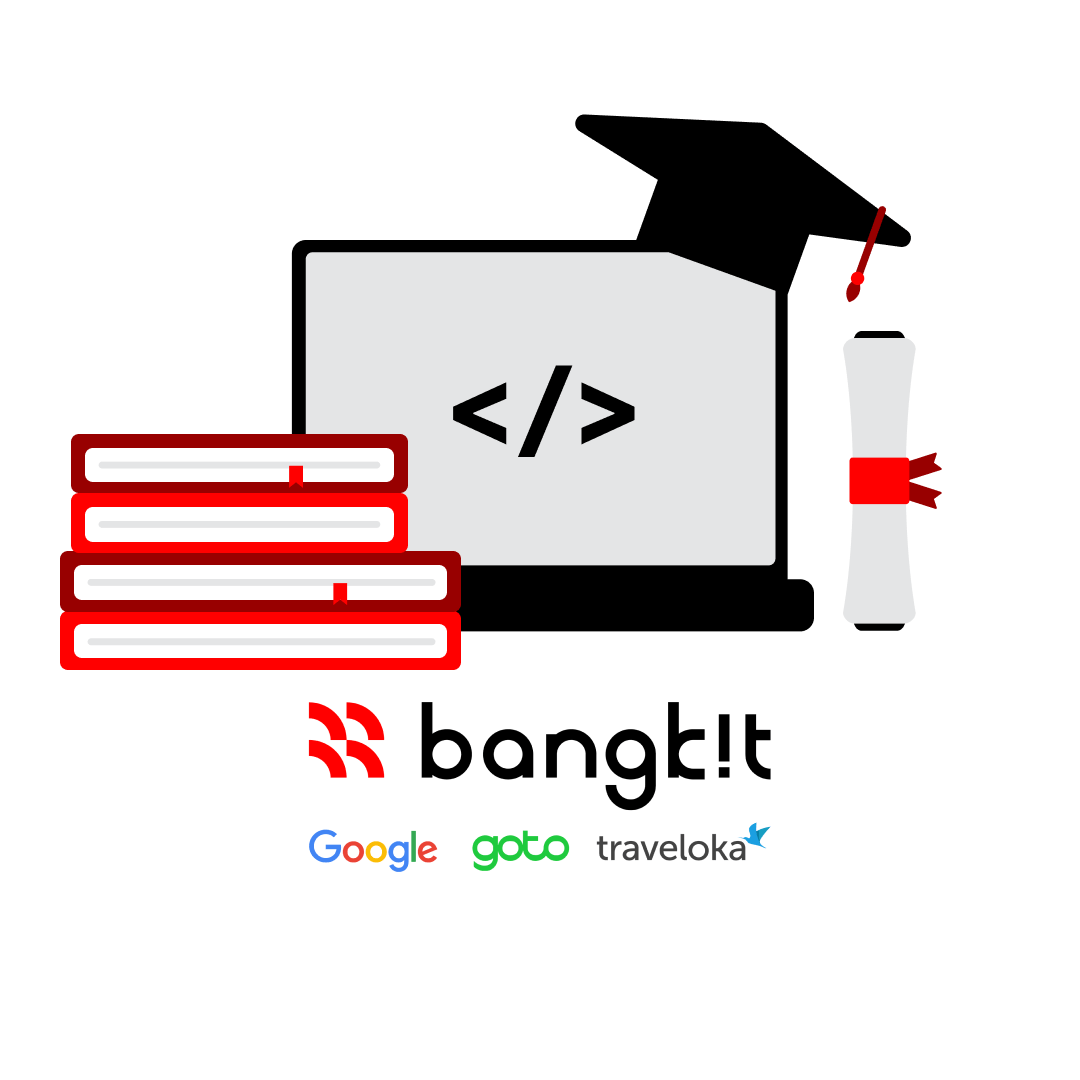